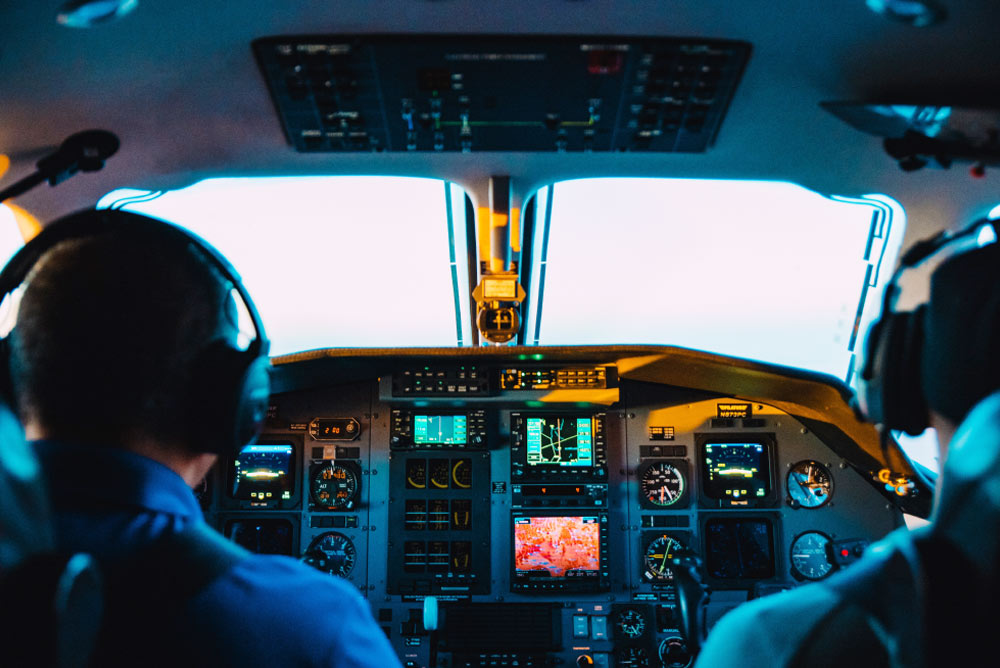 Many people would count themselves unfortunate to spend a year or two with a serious leg complaint. For former airline pilot David, the problems continued for a remarkable 52 years.

David, now 76, was in his early twenties when he first injured his leg. It happened during a game of football – ironically, just a few months before England would go on to lift the World Cup.

“It was March 1966 and people were beginning to get excited about the World Cup,” he recalls.

“One Sunday I was playing football. I remember that another player was coming down the touchline and I was going across him. And as I slid the ball into touch, he landed on my leg. The impact was quite fierce because the guy was about 14 stone.

“And that was it. It was a double break – both my tibia and fibula – and the bones were fractured at an angle of about 30 degrees.”

In hospital David had an operation to repair the fracture – but not before an attempt had been made to re-set the bones. This turned out to be problematic, since the bones failed to fully realign and his leg muscles became damaged in the process.

The outcome, says David, was that he “ended up with a deformed foot for years and years.”

“It was a bit like a club foot,” he explains. “Only the outer part of it would touch the floor – which also meant that my right foot was one and a half shoe sizes smaller than the left. I also wasn’t able to fully straighten my leg.

“I spoke to several people about it but at that time it didn’t seem as if they would be able to do any readjustment. So I just learned to live with it instead. I used to make up little pads for my shoe, to raise up the inner part of the foot. I even started playing sport again – running, cricket and even football, though I’d lost a yard of pace (I eventually took up football coaching, because I wasn’t able to play to the same standards as before the break).

“During the operation the surgeons also put a pin through the centre of the bones to stabilise the leg. It was a heavy piece of metal; about 15 inches long and running almost from my knee to my ankle.”

David coped with the issue until the mid 2000s, when a sudden fall caused further damage to his leg and prompted him to see an orthopaedic specialist.

“I had an arthroscopy at the Nuffield Hospital in Chandlers Ford and the doctor told me then that I had osteoarthritis in the knee and would need a Total Knee Replacement (TKR). The cartilage had been damaged by the pin, and the rest I’d just worn away. In fact there was hardly any cartilage there at all.”

Even then, David waited for more than a decade before taking the plunge.

“A while later I happened to go on holiday with two relatives who had both had knee replacement operations themselves,” he explains. “One of them had had a Partial Knee Replacement (PKR) and was actually running marathons!

“He told me, ‘It’s ridiculous that you’re trying to limp around like you are, with arthritis in the knee, putting up with this pain. You really should go back and get it sorted.’”

So, acting on a friend’s recommendation, David got in touch with Mr Bailey. “I knew that he’d been a surgeon for some years, and that he specialises in knees and shoulders – but at the end of the day I just had a feeling for him,” he says. “When I sent him an email, I got an instant reply. And I decided to go for it.”

Given the presence of the 15-inch pin, David’s operation wasn’t as straightforward as it might have been.

“The problem was put to me that the pin might come out successfully, or that it might be ingrown and would fail to come out, or alternatively that it would come out but cause fractures of the bone. Also, due to the general anaesthetic, there was a limited time to get the pin out and then carry out the knee replacement.

“Mr Bailey warned me that if he managed to get the pin out but ran out of time it would mean no knee replacement at that time and a second operation about three months later. He said, ‘You’re going to have to put yourself in my hands.’ And I said, ‘Well, OK – I’ll go with that.’”

Fortunately for David, the operation went as well as anyone could have hoped. “Mr Bailey allowed a morning to carry out whatever procedure was necessary. He told me afterwards that he had brought in every piece of equipment he could think of to use in the removal of the pin!

“To cut a long story short, Mr Bailey removed the pin and then carried out the knee replacement during the same operation. Because of the previous fracture of the tibia my leg was out of line, which caused me further discomfort by causing me to walk badly.

“Mr Bailey saw this during the operation and realigned my leg during the knee replacement. So I can now walk properly with my foot operating normally, flat on the floor.”

Fifty-two years is a long time to wait for a surgical resolution, but David says he couldn’t be happier with the outcome, and the impact it has had on his life since he opted for surgery.

“It’s now six months since my operation and I am absolutely delighted with the result,” he reports. “I am playing golf every day, walking really well and, apart from the healing process, have absolutely no pain from my knee.

“There is no way that I can express my gratitude and admiration for Chris Bailey adequately. I thank him from the bottom of my heart for giving me a new lease of life. I would unreservedly recommend Mr Bailey to anybody that requires his services. Thank you, Chris.”

In case you were wondering what happened to the nail, David received it after surgery and now keeps it as a reminder. “When I woke up it had been cleaned up and wrapped in paper,” he smiles. “It’s sitting at home on a tray at the moment. I won’t be letting it go!”

What to expect from a Total Knee Replacement: David’s Experience

“Looking at it objectively, it’s quite a painful experience for the first eight to 12 weeks, because the knee is weak and you’re trying to do things on it that it doesn’t want you to do – like stretches and exercises, standing and walking. One thing that impressed me, though, was that the new joint was weight-bearing from the word go. The minute I put my weight on it, there was no pain from the knee. The pain was more peripheral, from the surgery. You have an eight to 10-inch stitch and they’ve also taken out the anterior cruciate ligament, as well as putting pieces of metal at either end of the bone. So it’s quite a shock to the system. For the first six weeks or so it’s particularly painful at night, and when you wake up. I took hospital painkillers for the first 10 days, then paracetamol and ibuprofen for the next few weeks. And then, gradually, you wean yourself off the tablets. By eight weeks, I was down to one a night. And then I stopped taking them altogether. In terms of the recovery, I was given a set of exercises to do at home. In one of them you have to lie on your back with your legs stretched out in front of you, then you have to bring the knee up towards your chin. Another one involves putting a towel around the bottom of your foot, lift it clear of the floor for three seconds and then lower it again. When it comes to recovery, persistence is key. As soon as I was out on the crutches I’d try to walk a quarter of a mile, three times a day. And I got rid of the crutches as soon as I felt that I could walk without falling over. I also doubled up on the exercises when I began to feel more confident about them. And gradually the knee got better and better. I played my first game of golf within 12 weeks of the operation, and I’m now playing six days a week on average.”