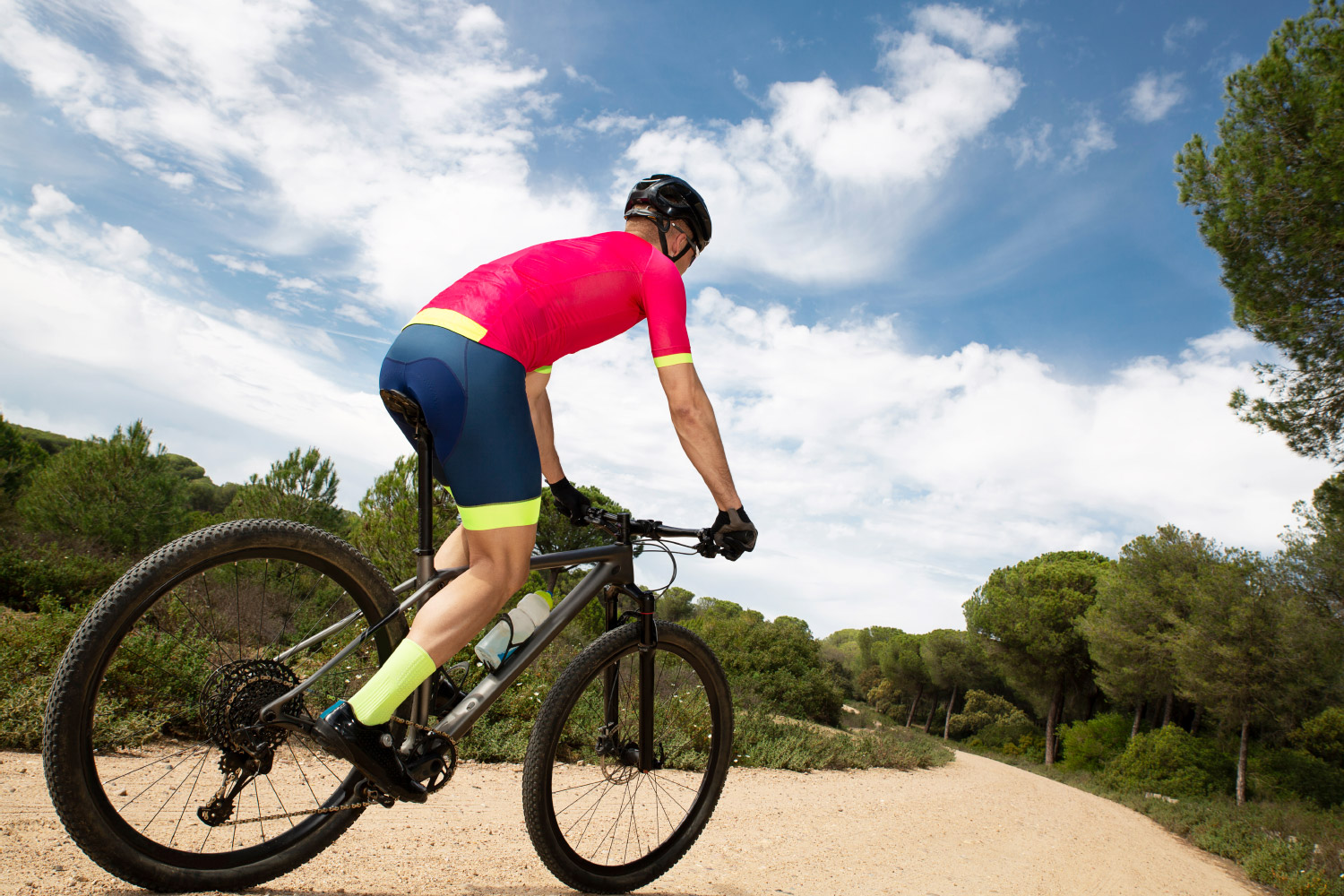 Ed – a 56-year-old mechanical engineer from Dorset – opted for a partial knee replacement with the Mako robotic system when the pain in his joint started to become unbearable. He explains what prompted him to choose the procedure, and how it has affected his recovery.

When did your knee problem start?

About a year ago. I do a lot of cycling and mountain biking with friends. Out riding a couple of times, I noticed a slight twinge in my right knee. It felt like something was ‘catching’. It was almost as if something was wandering about in the joint. Then I’d catch it wrong, and there would be a shooting pain. And over the weeks, it got steadily worse.

What treatments did you try?

I started with painkillers like ibuprofen, but they didn’t have any effect whatsoever. I then consulted a physiotherapist and tried a steroid injection called hydrocortisone. Within two weeks the pain had disappeared completely. It was fantastic… until it returned four weeks later. After that I tried something called hyarulonic acid, which has been known to give some people nine to 12 months of relief. For me, it only worked for a week and a half.

So what did you do then?

By this stage I was feeling pretty cheesed off. I had tried to stay positive. I’d tried ignoring the pain, but it was just becoming more frequent. I was even struggling to get to sleep at night because of it. So I did some googling and came across the Chris Bailey Orthopaedics site. I rang and got a very quick appointment. When I got there, he had arranged for my MRI scan (I’d had one done previously) to be forwarded to the clinic.

What was your diagnosis?

From the scan images, you could see that the meniscus in my knee had worn away. He told me I would need a partial knee replacement. And then he talked through the operation and explained how it works, and that it’s very successful. He also explained the option with robotic surgery.

How did you feel about the idea of Mako surgery?

Initially I thought it sounded a bit fancy. I also thought it would be a lot more expensive than it actually is. Then I looked into it properly. I learned how they do a CT scan of your knee, which they use to create a 3D model and to programme the robot. That just filled me with confidence.

Why did it make you feel more confident?

As a mechanical engineer, I use a lot of computer-aided drawings (CAD) and 3D modelling. They help us to be more accurate and to pre-empt any problems we might face. That reassured me over the robot system – how it gathers the information and maps it all out before they do the job.

How did you find the surgery process?

I can’t speak highly enough of the team and the hospital. They looked after me very well. I was only in for two days, and then I walked out on crutches. I took the rest of the week off work but was back in the following Monday.

How is your recovery going now?

It’s still early days but it’s going really well. I handed the crutches back at my two-week review. Two and a half weeks after the operation, I could walk up stairs. That’s pretty amazing, and I think some of it is down to the accuracy of the operation, because it does the ‘bare minimum’ to get the job done. Three weeks on and I’m off meds. The pain level is five percent of what it was before the operation. When I concentrate, I can walk without a limp. It’s just fantastic.

Are you hoping to resume some of your old activities?

I really want to get back to skiing and cycling. I’d quite like to go back to jogging as well, but that’s probably something I should probably only do if I have to, rather than by choice. But cycling should be fine, in time. And hopefully skiing, too. I had to cancel a ski trip last year so I’d love to be able to go again.

Would you recommend the Mako option to other people in your position?

I would. I can only speak about my own operation, obviously, and it’s difficult to compare it. But based on the experience I had, I would definitely recommend it.