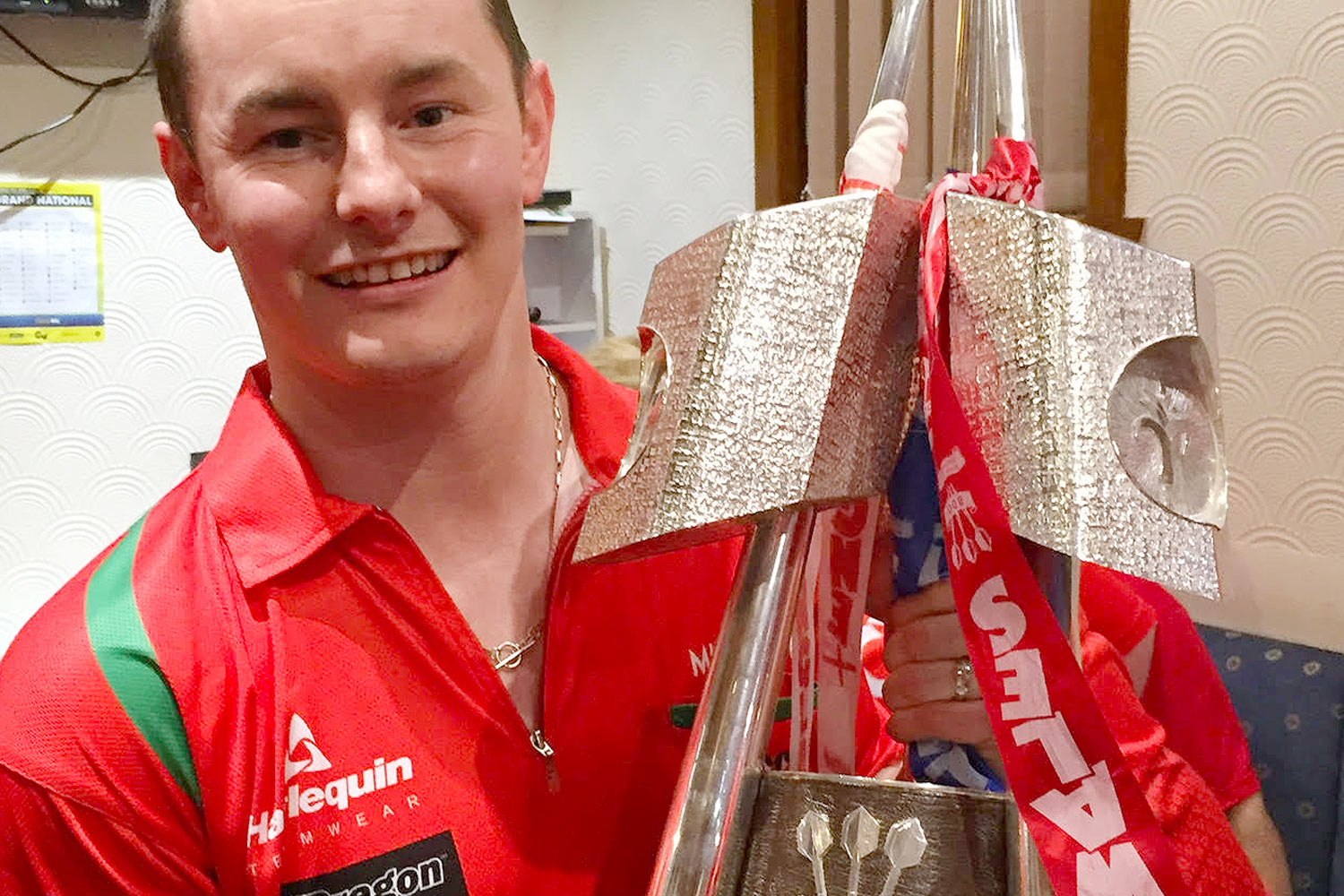 Ask lifelong darts enthusiast Mike what makes a great player, and he doesn’t have to think twice.

“Mentality,” says the 34-year-old Welshman, a semi-professional darts player himself, who came to Chris Bailey Orthopaedics in 2017 following a serious shoulder injury.

“It can be quite daunting when you’re up on the stage, especially in those one-versus-ones where it really matters,” he explains. “So it’s basically about focusing on your breathing. And having confidence in your ability. Darts is really 90% mental and 10% physical.”

Mike has been steeped in the sport all his life. His father played on the amateur circuit, and through that he grew up watching darts legends like first World Champion Leighton Rees at close quarters.

Once in his teens Mike began to compete, too – and has since gone on to play at a very high level. He first competed for the Welsh national team in 2012, has risen as high as third in the Welsh rankings, and has even faced off against household name Phil Taylor in past tournaments. “I’ve never beaten him, but I have won some legs,” he smiles. “I did OK!”

Not that it’s all about the competitions. “Obviously I play because I’m quite competitive, so I want to win ranking points and compete on a regular basis – but the appeal of darts is also in the friendships you gain from it,” Mike adds.

“In and around the games, you’re always talking to your opponents and meeting new people. I even met my wife through darts, actually. It’s like a family, and that’s one of its biggest advantages. Win, lose or draw, you get to spend time with your friends.”

In the early part of 2017, Mike felt that he was coming into some of the best form of his career. But then he suffered an unexpected injury.

“I was playing five-a-side football with a few of my friends,” he recalls. “To be honest, it’s all a bit of a blur now, but I went in for a challenge – and it wasn’t vicious, or anything like that – but I must have done some kind of somersault in the air. So I didn’t have time to protect myself with my hands, and my shoulder just hit the concrete floor.

“I felt a lot of pain quite quickly, and it was quite obvious that my shoulder had been dislocated. We managed to click it back into place, and then I went home and took some painkillers. But the pain got worse rather than better.”

Hospital x-rays showed Mike had torn several shoulder ligaments in his left, throwing arm. But it was only as the swelling began to subside that he began to realise the full extent of the damage.

“Initially there weren’t too many concerns with the x-ray; I think the swelling might have been keeping the joint together. But as the weeks went on you could see that my clavicle – the collar bone – was sticking up quite high. It was a bit of a nightmare, really.”

When Mike subsequently came into the clinic for a full assessment, Mr Bailey diagnosed the injury as a dislocated acromioclavicular joint, and was able to lay out the next steps.

“He told me it’s an injury you commonly see in rugby when players go into the scrum,” Mike explains. “And while it wasn’t the worst example he had ever seen, he’d also seen quite a lot that weren’t so bad!

“Basically the ligaments were stretched so that they weren’t doing their job anymore – they weren’t keeping the clavicle bone down and into the joint. I was also struggling to sleep on that side of my body, or to put any weight on the shoulder. The pain was deep down.

“So there were really two options. I could keep it as it was – but then that part of my shoulder would always be raised, and over time might get worse. Or I could have an operation to reconstruct the acromioclavicular joint.”

Coming at it from a darts player’s perspective, Mike’s main concern about surgery was how it would affect his game, since – ironically – he was competing better than ever before.

“Once the initial pain had gone down, I was actually playing really well,” he says. “The injury hadn’t affected me too much in that way. So I was very tempted – even right up to the operation itself – not to have it!”

Ultimately, though, Mike did decide to go ahead with surgery. Mr Bailey performed a stabilisation of his acromioclavicular joint, repairing the damage with a synthetic ligament and returning the bones to their natural positions, and the operation went very well.

How did he find the recovery process? “To be honest it wasn’t very painful at all in the beginning, and I was really surprised by that. It hurt a lot more after the accident itself than it did after the operation.

“The thing I found frustrating was the recovery time. These things do take quite a while to heal – it’s a major operation – but I was quite stubborn and I wanted to get back! So I think I maybe attempted to play too early. I expected a bit too much, too soon.”

Weekly physio sessions at the Nuffield Health Wessex Hospital helped get Mike on track. “The exercises they gave me were really good. Initially it was just about stretching out the arm, not putting any weight on it. Then I started to use an exercise band, working to stretch it out in different directions. Now I can pretty much move my arm in all directions, and I have the power I need to throw darts again.”

In fact going through the process has also prompted him to take on a new challenge. From early 2018, Mike is stepping up to the Professional Darts Corporation (PDC) tournaments, and is looking forward to testing himself in a very different arena. Indeed just recently he hit a perfect, nine-dart leg in competition play, which suggests that his shoulder is recovering very well. “Physically, I feel fine now. My confidence has improved, and I’m playing even more than I used to.”

Mike says he is really pleased with the way that Mr Bailey has helped him on that journey. “He was fantastic through the whole process. I felt that he communicated what was going to happen really clearly. He explained all the risks, and the healing procedure. From the first appointment to the last, the whole thing was really positive. I would definitely recommend him.”