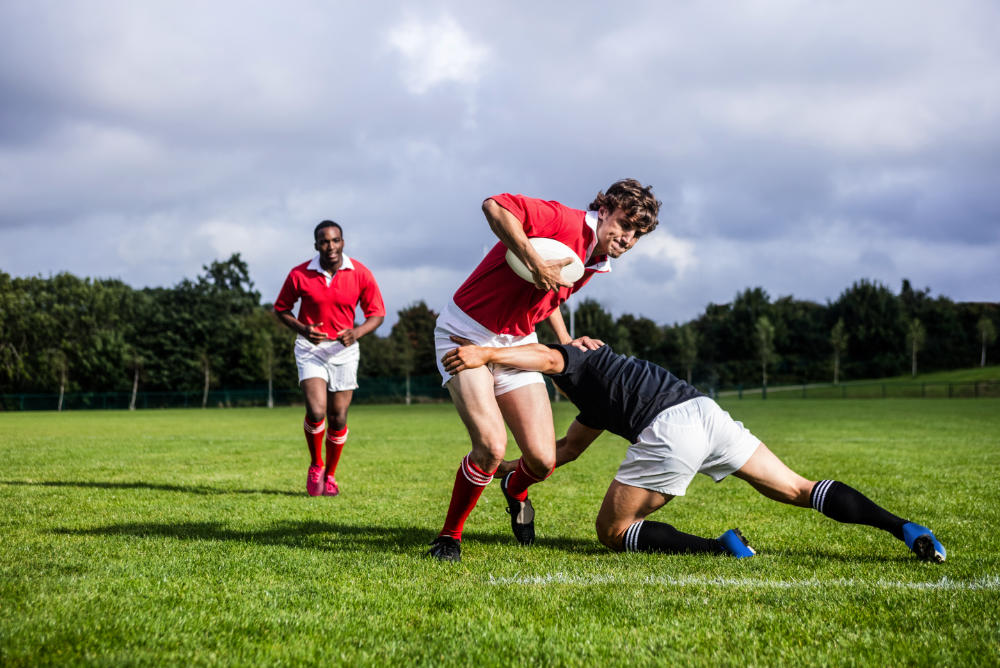 Rugby player, semi-pro footballer, sub-11-second sprinter… As a successful businessman and lifelong sports enthusiast, Paul, 62, knows a thing or two about fine margins – which is one reason, he says, why he opted for Mako surgery for his recent total knee replacement with Chris Bailey Orthopaedics. We asked him about his experience.

Tell us a bit about your sporting background, Paul.

How did your knee problems begin?

They actually started with my left knee. That’s the one that ended my soccer career. When I was 19, I suffered one of those classic tackles where the knee gets bent and rotated. It tore my meniscus. I carried on playing football and rugby at a good level, and then squash and triathlons, but over time I found I was protecting it more and more.

I went on a skiing trip and started to get sharp pains in my other knee, the right knee. Even on simple runs the pain would ping through my body. Later that year I returned for another ski trip, this time with knee braces, but it just wasn’t the same. So I started looking for a consultant and found Mr Bailey.

What was your diagnosis?

Osteoarthritis. From the x-ray and MRI it was clear that the smooth cartilage surfaces in my joint had worn away from overuse. It was what you might call ‘compensation’ damage: I’d spent so long protecting my left knee that the right had been taking more weight – until it suddenly broke through completely. So we agreed that I’d have a total knee replacement (TKR) to introduce a new, artificial joint.

Why did you consider robot-assisted surgery for that?

I’d actually heard about Stryker [the company behind the technology] through a business project I did about 10 years ago. I remember them talking about a robot they were developing. That robot turned out to be the one that would eventually perform my knee surgery. So I knew a bit about it from that.

What impressed you about the technology?

I’m not particularly techy, but I could see how it made things controllable and predictable. My thighs are quite bulky, which means there’s more tension in the tendons. So the positioning of the replacement is really important. (I didn’t want to end up with flabby thighs!) I thought: I need to make sure everything is laid out to perfection.

How does the scanning process work with the Mako?

They do a CT scan of your leg at the Nuffield hospital and it’s quite straightforward. That data is then programmed into the robot. And I think that built my confidence, because it gave the feeling there wouldn’t be any room for error. The robotic arm helps the surgeon with their accuracy. You know the cuts are to perfection. Each one is bespoke to your knee.

How did you feel about having a knee replacement generally?

Well, this brave voice you’re hearing isn’t very realistic – I was actually really nervous! (I’m a bit of a hypochondriac!) But on the day, it was fine. You’re under anaesthetic for about an hour and a half. And suddenly you’re back in the hospital bed and your kneecap has been transformed.

It’s early days for you, but how has your recovery been so far?

To be honest, I found it tough at first. Painkillers are a big part of life in the beginning, initially morphine and then things like Cocodamol when you go home. I’m a restless sleeper, and that meant I was often waking with pain in the knee as I bent it. But there is a bit of a breakthrough moment, and it’s really distinctive. It usually happens about two weeks after surgery. The bones have begun their ‘Level 1’ repair, and suddenly it’s not as painful anymore.

What kind of rehab have you been doing?

I do physio at my gym, and aqua physio with the hospital. And I do my exercises. They keep it super simple at first. It’s about seeing how much flexion you can get in the knee, how much you can bend it. And then the opposite, seeing how much you can straighten it. They encouraged me to keep doing that through the day. About nine weeks after the operation, I was up to doing two hours of road cycling per day.

What are you hoping to do once you’re fully recovered?

My vision is to get back to skiing. Ordinary skiing would be great, and bumps and off-piste might be possible in time. I’ve revised down some of my expectations around things like running. I may not be able to do certain activities with the same vigour and intensity. I may try to do more upper-body exercise, like kayaking. A friend of mine is a good kayaker, so he’s going to teach me over the summer. That’s the thing about our family. As soon as we discover we can’t do one thing, we find something else! I think it’s probably the sportsman in us…