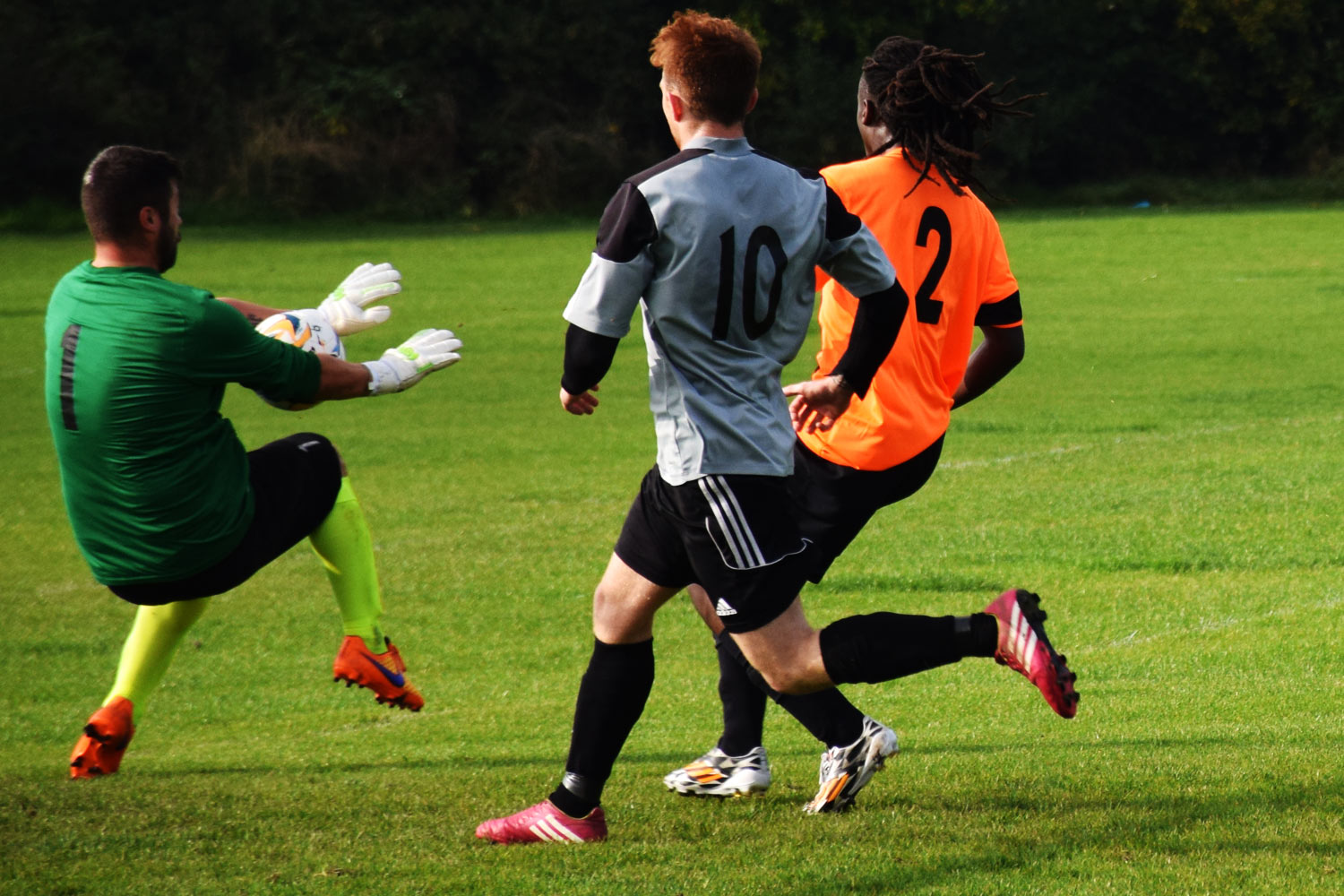 Like many keen sportsmen, Robb had collected his fair share of bumps and bruises over the years. But when the 23-year-old life sciences student twisted his knee during a Sunday league football game one cold day in December, he knew instinctively that, this time, the damage was a little more serious.

“Sunday league pitches can be a bit boggy around that time of year,” he explains. “I just remember planting my foot on the ground and the knee suddenly twisting – and then I heard a huge crack.

“I already knew what a dislocation felt like because I’d had a couple before, first when I was 18 and again about two years later. That second time I’d apparently sprained my Medial Collateral Ligament [MCL], and because of that I was wearing a knee brace to play football.

“I’d played about 15 games that season, though, and everything felt fine. But then this twist happened.

“I immediately knew it was pretty bad. I just put my hand up and said, ‘Yeah, I need to go off!’ To be honest, it wasn’t painful so much as uncomfortable. There was immediate swelling, and then I found I couldn’t bend my knee.”

Once Robb had been given crutches and a splint, he was able to book into the Royal Hampshire County Hospital for an MRI scan, followed by a consultation with Mr Bailey.

“The ligaments basically hold your kneecap in place, so if you rupture or overstretch them it means your kneecap can start to wobble. My kneecap was moving around, which was quite unpleasant. In fact I dislocated it three more times before the operation, just by walking.

“On top of that I had also damaged some of the meniscus cartilage, and there was fluid moving around the knee. So the whole injury was quite substantial.”

At the consultation, Mr Bailey laid out a range of options. The first was to fix each ligament in turn, starting with a full reconstruction of Robb’s ACL and returning for further operations. The second, slightly more unusual route, was to tackle all three ligaments in a single operation, albeit one that would require a longer recovery time. This was the option that Robb eventually chose.

“I decided that I’d rather do them all at once rather than recover for three months, then have to go in for more surgery,” he explains. “Mr Bailey was happy to do that, so we booked in the double operation and he sorted all three at the same time.”

The surgery went very smoothly and Robb was soon able to start his recovery programme. “You have to get to a certain stage before you can do any of the physiotherapy classes, so I started off with very basic exercises – lifting a pillow with my leg, for example, or trying to get as close to a full knee-bend as possible.

“Then I progressed to things like lunges and squat thrusts. And I started cycling, which is very good for easing out the knee joint. My routine now involves bikes, rowing and squats. There’s a balance board to help get my balance back, and a hydropool for those exercises that I can do in water but not yet on land.

“One of the main aims is to build up the strength in the quadriceps, because if the ligaments do ever become a bit stretched in the future, those muscles will help to hold the kneecap in place.”

So far Robb is very happy with his progress – and with his experience of Mr Bailey’s treatment. “He has been brilliant in terms of feedback, and in explaining exactly what was happening with my knee, what the operation would involve, the likely time table for recovery, and so on. He also gave me his card so that I could contact him directly if I needed to.

“What you want in a doctor is a personable guy who you’re able to relate to, and Mr Bailey has been great for that. I’d definitely recommend him to other people in my position.”

Several months on, Robb is also feeling confident about his return to full sporting action. “When I agreed to have the double operation, I knew it would involve a lot more recovery work. But I think it helps if you set yourself goals and stay determined,” he says.

“They told me it was likely to be six weeks before I could walk without crutches, for example, but I managed to do that in three! I like to push myself, but the physiotherapists are very good at telling me when to rein myself in.

“I’m now up to a 50% jog and my goal is to start playing golf again by the end of the year. Will I go back to competitive football? I haven’t decided yet. I’ll make an informed decision on that in time.

“But I kicked a ball for the first time just recently, and I’ve now started to help run the team, so I was jogging up and down the sidelines for that, too. I’m just itching to be back!”