→ a tear or sprain to one (or both) of the primary ligaments in the knee.

What and where are the ACL and PCL?

ACL and PCL stand for Anterior Cruciate Ligament and Posterior Cruciate Ligament. To properly understand these important parts of the knee, it helps to have a little knowledge of the biology. The knee joint is comprised of three bones: the femur (thighbone), tibia (shinbone) and patella (kneecap). These three bones are joined by four major ligaments (ligaments being tough, fibrous tissues that connect the bones within our joints). The two collateral ligaments sit on the sides of the knee and provide sideways stability; the two cruciate ligaments sit in the centre of the joint and control the backwards and forwards motion. They are arranged in a cross shape, hence the names: the anterior is at the front, the posterior at the back.

How are they damaged?

Although the ACL is an exceptionally strong ligament, it is still susceptible to damage: in fact it is one of the most commonly injured parts of the knee. ACL injuries often happen during sporting activity; a sudden stop, or change of direction, or an unexpected twist can tear the ligament tissue, either partially or totally. Symptoms of an ACL injury include rapid swelling and pain (which varies depending on the injury). These may be accompanied by an audible pop during the impact, or by the knee giving way, or feeling unstable, after contact. While the PCL is larger and even tougher than the ACL, and therefore less commonly injured, it can also be torn. Typically, this happens after a blow to a bent knee – by falling awkwardly in sport, for example, or by striking the area under the steering wheel during a car accident. A PCL injury may also result in swelling and instability, although the symptoms are often less marked than for an ACL injury and for this reason sometimes go undiagnosed.

How are ACL and PCL injuries diagnosed?

Diagnosis of a knee ligament issue starts with questions about the injury: what were you doing when the damage occurred? How did it feel at the time? What are your symptoms now? You will also be given a physical examination; there are several tests specific to the ACL and PCL that can be used to diagnose ligament tears. In addition, you may be asked to have an x-ray or MRI scan of the knee to evaluate damage to tissue and bone.

Some ACL injuries can be managed; some may even heal naturally over time. In the early stages of recovery, you may be asked to protect the knee with a brace, or by using crutches. Physiotherapy and a specific programme of exercises may also be recommended for rehabilitation. In practise, however, most ACL tears tend to require surgery, and this usually involves reconstructing the ligament with a graft rather than stitching the tear. PCL injuries can also recover without surgery; as with ACL treatment, the healing process can be assisted with knee supports, physical therapy and an exercise plan, with or post-surgery. Like ACL repair, PCL surgery usually involves reconstructing the ligament with a graft. 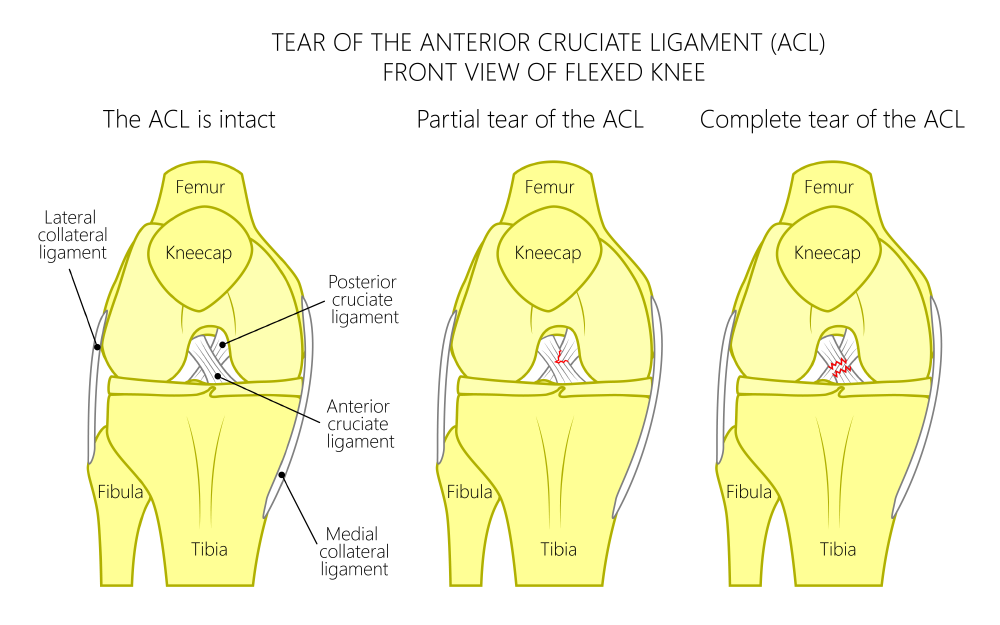 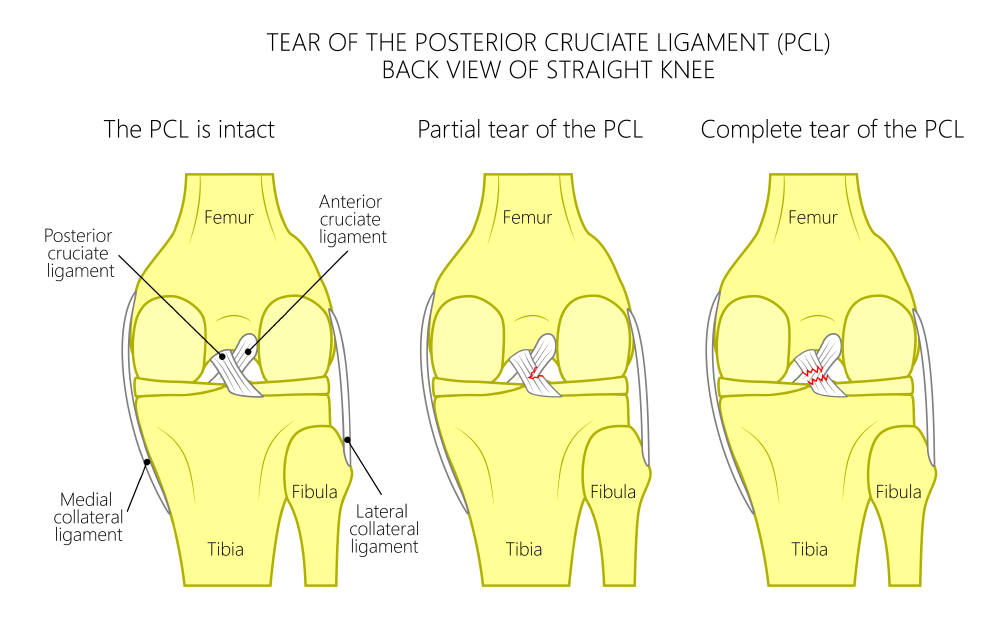