→ an autoimmune disease that causes joints to become inflamed and stiff.

What is rheumatoid arthritis?

Rheumatoid arthritis is a disease that affects joints around the body – most commonly the hands, wrists and feet, but also the knees. Unlike osteoarthritis, it is caused by inflammation of the lining of the joints, rather than by wear-and-tear of the cartilage. This lining (or synovium) becomes inflamed because the body’s immune system begins to attack the cells in the lining. Blood flow to the area increases, causing the skin to redden, and a build-up of cells and synovial fluid (the liquid that ordinarily helps to reduce the friction in joints) causes the knee capsule to become swollen and painful. Over time and without treatment, the process can damage and even destroy the joint components. The chief symptoms of rheumatoid arthritis are pain, swelling and stiffness in the joints; other possible symptoms include anaemia (a lack of oxygen-carrying red blood cells), fatigue, a flu-like feeling of illness, and weight loss.

Who does rheumatoid arthritis affect?

More than 400,000 people are thought to be affected by rheumatoid arthritis in the UK. Science does not yet have a clear understanding of what causes the condition, but certain groups are more at risk of contracting it than others. Rheumatoid arthritis does appear to run in families, for example, and on average women are around three times more likely than men to suffer from it. Smokers are also thought to have an increased risk of developing the disease.

How is it diagnosed?

There is no single and conclusive test for rheumatoid arthritis, so diagnosis starts with a physical examination by a doctor (to check for swelling, for example) and an analysis of all symptoms, not merely the ones affecting the knees. You may also be asked to take a blood test; tests for inflammation such as C-reactive protein (CRP) and erythrocyte sedimentation rate (ESR) can help to diagnose the condition, as can a test for an antibody known as rheumatoid factor (although this test is not always conclusive). In addition, you may be asked to go for an x-ray, ultrasound or MRI scan.

There is currently no cure for rheumatoid arthritis, so treatment focuses on managing and slowing the progression of the disease, and on reducing inflammation in the joints. Three core types of treatment are available: medication (such as anti-inflammatory medicines and disease-modifying anti-rheumatic drugs), physical therapies (such as strength-building exercises), and surgery. Surgical treatments can involve pain reduction, repair of damaged joints and correction of deformities. The types of procedure range from arthroscopy (keyhole surgery) to knee joint replacement. 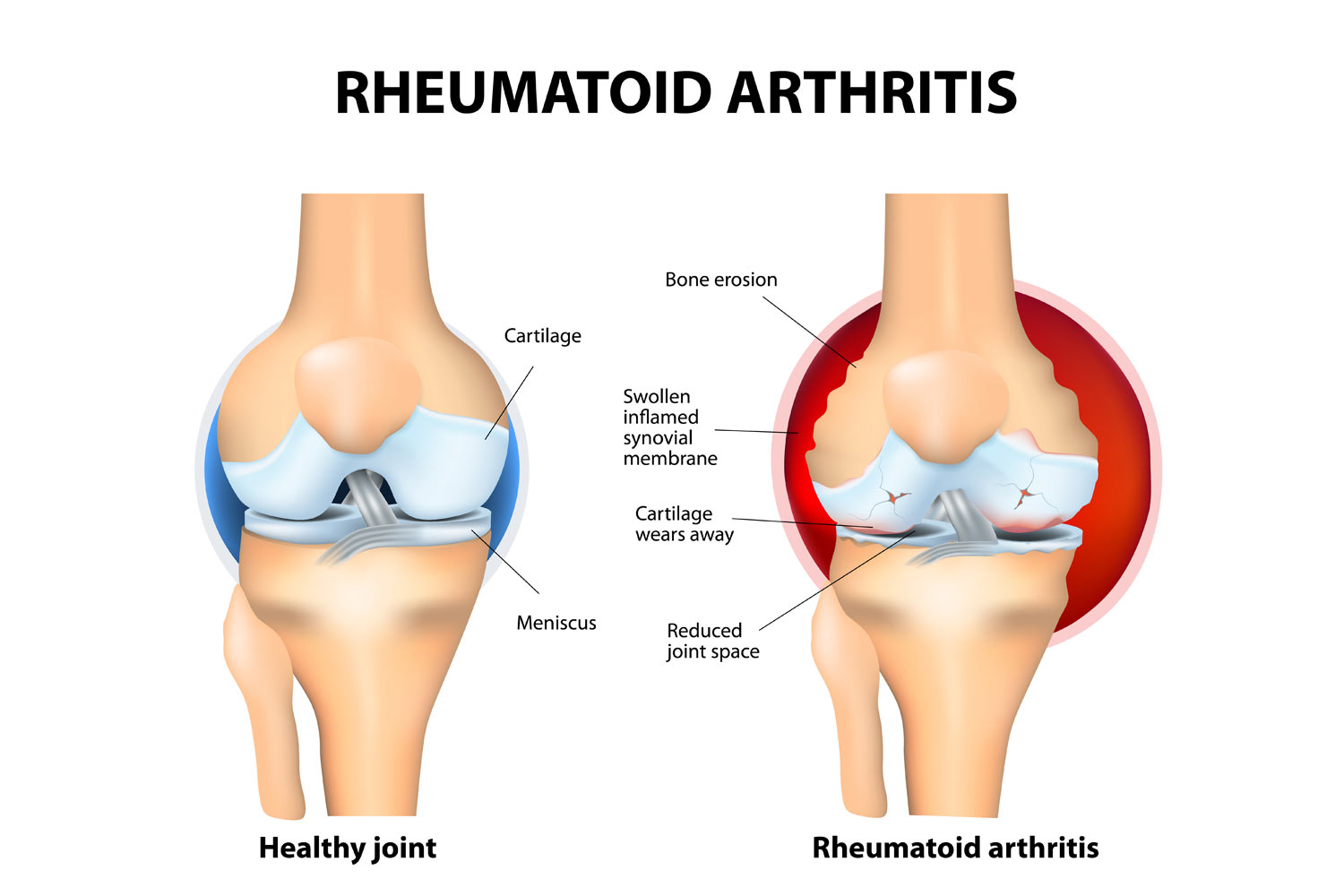