→ when the tendons that surround the shoulder joints become irritated and inflamed.

What is subacromial impingement?

Impingement often occurs when the subacromial space becomes narrower or the tendons become thicker, causing friction as the tendons pass through the space, particularly during overhead movements. Various factors can cause narrowing or thickening: bony spurs developing on the acromioclavicular joint due to osteoarthritis, for example, or calcification of the ligaments (known as calific tendonitis). Strains, tears and instability in the area can also alter arm movement, causing the top of the arm bone to move more closely against the acromion.

Who does subacromial impingement affect?

Shoulder impingement is the most common reason for shoulder problems, so it affects a lot of people. Some people are at greater risk of suffering impingements than others, however. If a person’s acromion is curved or hooked rather than flat, for example, the narrower subacromial space carries an increased potential for impingement. Older people are also more likely to develop bone spurs as they age; again, these spurs cause the subacromial space to narrow, carrying a greater risk of impingement. Chronic overuse of the shoulder can also lead to impingement problems.

What are the symptoms of subacromial impingement?

Symptoms differ depending on the reason for the impingement. However, pain is commonly felt at the top of the shoulder and when lifting the arm up above the head. It can also be worse at night, when lying on the affected shoulder. Weakness in the arm may also be a symptom of subacromial impingement.

How is it diagnosed?

Diagnosis starts with a physical examination of the shoulder. An x-ray or MRI scan may also be needed to help determine any damage to the surrounding bone or tissues.

Shoulder impingement is usually treated conservatively to begin with. This might involve a combination of rest and physiotherapy to help reduce the pain and inflammation, possibly alongside anti-inflammatory medication (such as ibuprofen). Other options range from steroid injections to various surgical procedures, such as subacromial decompression. 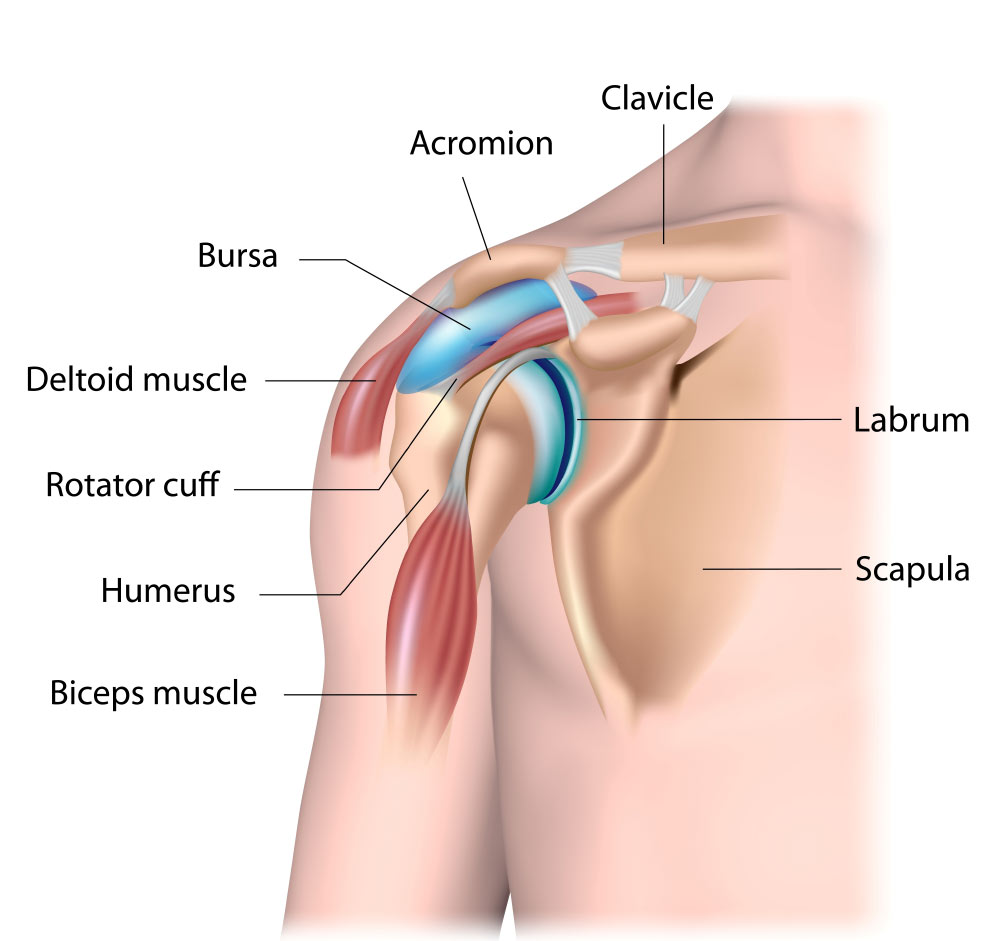